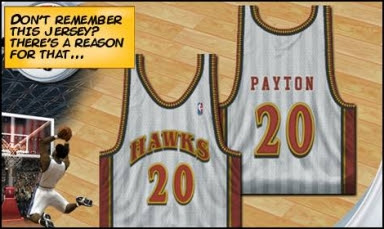 The Gary Payton Rule (thu ger'-e pa'-tun rool) noun. The unofficial name for an NBA rule passed in 2005 which stipulates that players who are traded and then waived by their new team cannot sign back with the team that traded them for 30 days (20 days in the offseason).

Usage example: [From the LakersGround.net forums] "It's the Gary Payton rule, for when Gary Payton refused to report to Atlanta after being traded there from Boston."

Word history: ESPN's Marc Stein coined the term (I think) in a 2005 article titled Ten nuggets in the new CBA and further explained it in a recent Weekend Dime column: "[The Gary Payton Rule was instituted] after Payton was traded by Boston to Atlanta at the trade deadline in 2005, only to rejoin the Celtics three days later after the Hawks agreed to release him in a pre-arranged deal. Since the summer of 2005, players who are traded and then waived by their new team are forced to wait 30 days before re-signing (only 20 in the offseason) with the team that just traded them."

Word in the press: The Gary Payton Rule has gotten some play this week, thanks to the Jason Kidd-to-Dallas Mavericks non-trade. See, as part of the proposed deal, Jerry Stackhouse was going to be sent to New Jersey, waived, and then subsequently re-signed by the Mavs after the required 30-day waiting period. Of course, Stackhouse had to blow that idea all to hell by running off at the mouth. Stack told everybody who would listen that he was part of the deal only "to make the numbers work" and then said, "I feel great. I get 30 days to rest then I'll be right back. I ain't going nowhere."

Of course, the NBA doesn't allow that kind of prearranged agreement. So of course several "anonymous" (read that "vagina-like") league executives and GMs starting speaking out. Said one Eastern Conference exec: "It sounds like a side deal, doesn't it? The league will have a lot of explaining to do if Stackhouse goes back to Dallas." Said an unidentified GM: "I thought it was the most blatant statement someone could make about a trade. I wouldn't be surprised at all if the league disallowed Stackhouse to go back to Dallas." Yet another spineless GM said: "It's caused a lot of people to wonder how they could get away with that, how those kind of pre-existing arrangements can be allowed." I'm pretty sure these anonymous comments provided to David Stern noterized and in triplicate.


So there you have it. Even if somebody talks sense into Devean George, Stackhouse's rash words will kill the trade, because the Mavericks have said they won't pull a trigger on the deal if it costs them Stackhouse (and thus rob them of their team depth). Nice work there, Jerry. [Insert "Wah waaaaaaah" noice here.] 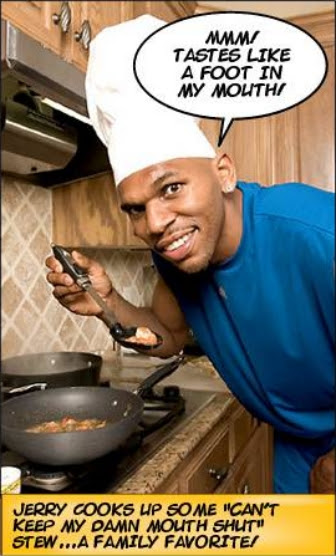 Word trivia: In that same Dime column mentioned above, Stein added another amusing historic tidbit: "The irony here, though, is that Dallas also got at a player back in Payton-like circumstances at the '05 deadline when Alan Henderson was sent to Milwaukee as part of a deal for Keith Van Horn before the Bucks set Henderson free so he could return to the Mavs. Not that anyone ever suggested that we refer to the new regulation as The Alan Henderson Rule."

Funtastic extra: While trying to create a fake Gary Payton Atlanta Hawks jersey for this post, I discovered that the Hawks are one of the only teams in the league that does not offer customized jerseys. Seriously. I mean, I already knew there wasn't a market for customized Hawks jerseys, but that's still pretty humiliation, and thus worth noting.

Footnote: I reviewed the entire NBA Collective Bargaining Agreement and couldn't find The Gary Payton Rule. Anybody else want to take a shot?

Roger Williams said...
For the record, Payton didn't refuse to report to Atlanta - Atlanta told him up front that he wouldn't be playing. There was a wink-nudge arrangement from the beginning in that trade.
2/17/2008 11:25 PM
Post a Comment
<< Home
Subscribe
RSS Feed
Mailing List