Joel Przybilla has become one of my favorite players, and for some pretty dumb reasons.

First of all, It's hard not to like a gleepy 7-foot tall kid that's nicknamed after an obscure Hanna-Barbara cartoon character. Joel was not alone, but just for the record: Popeye Jones was more frightening than gleepy, he wasn't 7 feet tall, and that Popeye and Son cartoon sucked ass. Therefore, I look at him with pity rather than admiration.

Secondly: you, the reader; I feel as if I have cheated you by not posting a video here. It involves a local commercial with the Pryz working at a bakery, sniffing loaves of white bread with feigned enthusiasm that rivals the child that got tube socks for Christmas. Nuff said.

The old Joel, in the fantasy hoops world, was a busted lottery pick at the end of the bench that you would only start if all your other centers mysteriously died. Even then, it was questionable; dead centers have few turnovers, and don't hurt your FT percentage.

Then, when Zach Randolph was out for the year, the Pryz stepped in and piled in boards and blocks at a rate that would give him rights to finger-wag. My other center, Ben Wallace, immediately became expendable, I packaged him and Steve Francis and landed a guy named Lebron, which led to my first fantasy championship in 15 f'n years (yes, I was even shut out regularly back in the calculator, USA Today and DOS program days). There was much rejoicing.

This year, I got a serious case of "lets get the band back together" and drafted Joel a little early, knowing full well that having Zach Randolph back will hurt his numbers. But, as luck would have it, JP left a 17-15-6 on my doorstep earlier this week. That's my dawg. 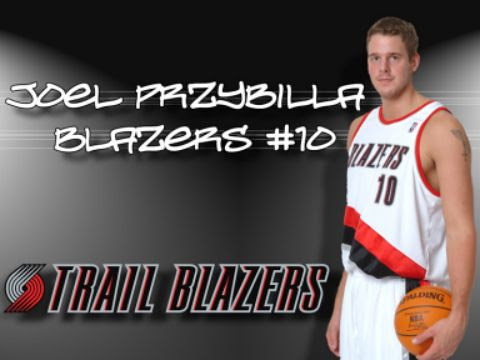