It looks like we'll get to enjoy another season-long ego-ectomy for Kobe Bryant. 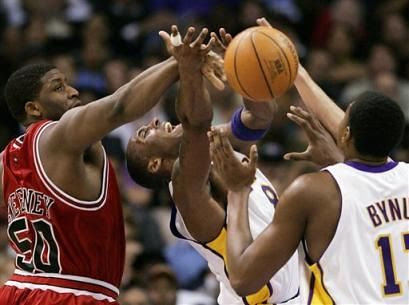 "Whyyyyyyy???!!
Phil Jackson was supposed to change all this. Under the Zen Master's tutelage, Kobe was going to cast aside his selfish ways, rededicate himself to the team game, and finally learn how to make his teammates better.

The Lakers are 4-5 and looking up out of the basement of their own division at the Clippers. The Clippers!! Meanwhile, Kobe has been so focused on getting his teammates the ball that he's averaging 31.9 PPG on 28.7 shot attempts, while shooting a frigid 44 percent from the field (including 12.5 percent from beyond the arc). Oh, and his assists are down by two a game from last year. 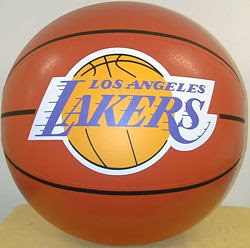 There's only one set of prints on this ball.

Word of the Day
Previous Posts
Pistons are 7-0. I'm not impressed. Yet.
Another reason why I love Karl Malone
"It's not always a thumb..." -- Doug Collins on Mi...
Not so fresh and so clean
Gentiles can't jump
Things to buy if "Tattoos of the NBA" is sold out
Life imitates pro wrestling: case study #389308-B
Stupid people always have stupid things to say
Basketbawful: The best of the worst of basketball