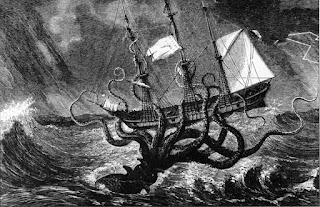 In a move that has stunned NBA insiders, Dwight Howard was eaten by a giant octopus earlier today. The accident occurred during the filming of Metta World Peace's new reality show. With the Lakers having recently found some chemistry and being set to embark on the Grammy road trip, the loss of their center is particularly ill timed. Dwight was unavailable for comment, due to having been recently eaten by a giant octopus, but Metta had this to say.


I'm doing this show, right—and we do a lot of pranks on the show, so I called up Dwight. You see, we knew he had this weird fear of sea creatures, so I called up my people and we worked out something with some local marine biologists. Anyway, the day came but my octopus guy didn't show up. I had to wing it, and shit went bad. Dwight ended up unconscious and in the water. After that, nature pretty much just took over.

Ironically, all that remains of Pumaman now is his severed right shoulder and the lower portion of his spine. Once he was entangled in the beast's powerful tentacles, the 2008 Sprite Slam Dunk Contest winner was pulled limply through the water towards the beak of the colossal creature. A small crowd of onlookers, consisting mostly of the TV crew and some biologists, stared on in horrified disbelief as the 3-time Defensive Player of the Year was fed into the powerful beak, and the air became thick with the smell of blood and a sickening gnashing sound.

The Octopus in question is still at large, although the marine biologists have all been arrested. A brief statement was issued by the Lakers organization, which commented on the tragic timing of the loss.


We are deeply troubled by Dwight's absence. If this had happened a week or so ago, we could have dealt with it, but we've won three straight now and this is coming on the heels of a game where Dwight scored 24 points. We've been too busy investigating whether or not he can be amnestied now to find out if he had any next of kin, but if he did...well, uh, we're sorry, and if you have any other tall people in your family, then please get in touch with us, especially if they can hit a lousy free throw.

The Lakers play the Phoenix Suns tonight and unless Project Robo-Dwight is moving ahead of schedule, they may be facing a disadvantage down low. The game was supposed to pit Dwight's former understudy, Marcin Gortat, against the West's starting All-Star, but evidently fate had other plans. When asked about the loss of Dwight, coach Mike D'Antoni didn't seem particularly concerned. He was however, high on Valium. When pressed for a response, he muffled out some sort of pipe dream he'd been concocting where Earl Clark would be cut in half with a machete and start at both positions. After Basketbawful reporters attempted to explain to D'Antoni the grave personal danger this would pose to Mr. Clark, they were chased out of D'Antoni's office by the livid coach, which was when he decided that it was a good time to take a nap in the hallway. 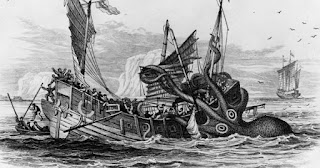 So far, the reaction amongst Laker fans has been mixed. Some see the loss of life as a positive move for the franchise, who were likely just going to lose Dwight to free agency this summer anyway, while others argue that he had bought into the system and that this will jeopardize the Lakers' playoff chances. There were a few responses of, "Gnarly", or "Oh shit, really?" but for the most part those polled seemed fairly blasé about the incident. Some guy we found in a Fatburger parking lot had this to say:


The season's already pretty much done for man. Yeah, like maybe we'll get the 8th seed or whatever, but what are we—that team that plays in Wisconsin? I'm supposed to care about that? We should have gone with Phil.

One thing's for sure, it wasn't Kobe's fault. Kobe had nothing to do with this one and was actually undergoing Electric Ore Therapy in the desert when all this happened. There are some who think that this latest setback should be blamed on the antics of Metta World Peace, but the guy in a parking lot that our reporter spoke with didn't seem to think so.


N'ah. That's just Ron being Ron, you know? Or Metta, whatever, the point is that's not even the issue. The real issue here is why didn't D'Antoni swim in there and wrestle Dwight from the sea beast's tentacles. If this costs us the season, I'm gonna be pissed. Shiiit, I tell you what, I'm even gonna find that bastard—shave off his mustache, and then like sweep up all the hairs and shit, and make him eat 'em. Yeah, that's right. I'll make him eat his own dusty, floor bitten mustache. That'll show him.

At this point the parking lot guy asked if he could have some change. The reporter felt bad about not wanting to give him any, so he pretended that he was getting some change from his car and then drove off. As of three hours before tip-off, there has been no new word on the status of Robo-Dwight and what role, if any, he might be able to play in the team's game plan vs Phoenix.