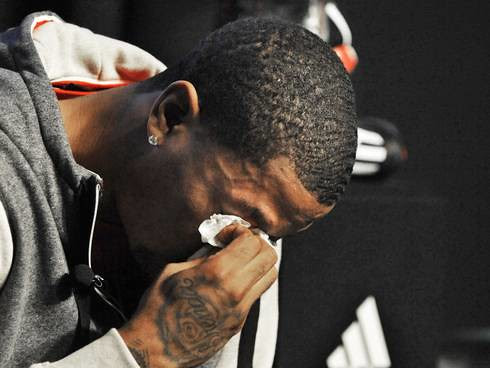 Derrick Rose underwent surgery today to repair the torn medial meniscus in his right knee. It’s been reported that he will have to sit out for the remainder of the season. So in other words, the Chicago Bulls' season is over as well. Somewhere Miami Heat fans, Indiana Pacer fans, and Nate Robinson are all smiling. For the rest of us, this is starting to get a little depressing. Unless, you just hate Chicago, you have to feel bad for Derrick Rose. I mean, yeah he signed a $95 million deal with the Bulls. And yeah he also has a lifetime contract with Adidas valued at over $250 million. And yeah he could stop playing basketball today and never have to work another day in his life. And yeah at the tender age of 25, he's already accomplished more than 99% of the basketball players on the planet. And yeah he can go anywhere in Chicago and be treated like a god. But it still sucks. 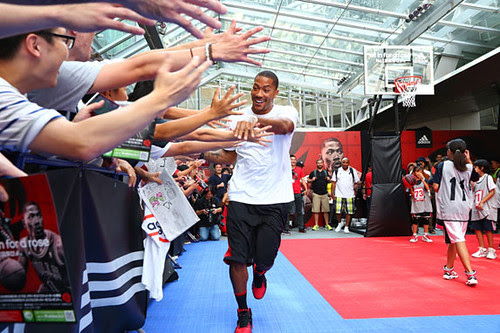 Maybe I'm jumping the gun here, but since Rose is going to be out long term; do the Bulls consider blowing up the team? They managed to get to the conference semis last year, but Nate Robinson was playing out of his mind. This could be the thing that tears down the franchise. I mean, their payroll is looking kinda hefty at the moment. Rose, Boozer, Noah, and Gibson are all owed big money going forward. I honestly, don't see any way in hell they resign Luol Deng this summer especially with the emergence of Jimmy Butler. With Rose out, that may look to trade him this season. Do they amnesty Boozer this offseason (should probably keep that option on the table regardless of the Rose situation.) Do they trade Noah and Gibson for young talent and look to tank the rest of the season? Either way, the air coming off Lake Michigan will be little bit colder this winter. 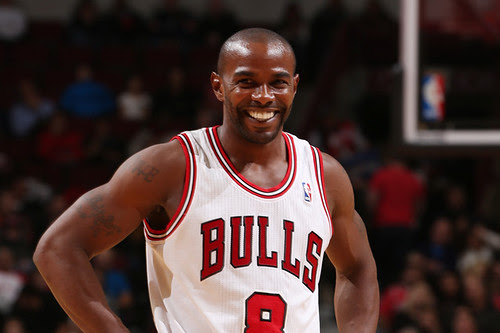 Speaking of cold, miserable, and depressing...The Brooklyn Nets ladies and gentlemen! Christ, where do I even start. I was going to work in the word "clusterfuck" somehow, but that wouldn't do this situation justice. On paper they really looked like one of the best teams in years. The Nets had depth at every position. I would glance at the roster, and wonder how young up and comers Mason Plumlee and Tyshawn Taylor would even get any burn. You've got D-Will and Livingston at point. Johnson and Terry at shooting guard. Pierce and Kirilenko at small forward. Goon squad members, KG and Evans at power forward. Lopez and Blatche at center. And Jason Kidd as head coach. I mean what could possibly go wrong??? Huh, what’s that? Jason Kidd is a rookie coach, and doesn't know what the hell he's doing? Lawrence Frank is Kidd's go to guy for advice, even though he also sucked as a head coach? Williams, Pierce, KG, Lopez, Terry, and Kirilenko will all miss time with injury and they're only 13 games into the season? The Nets will roll out there on some nights and realize their second best player is Andray Blatche? 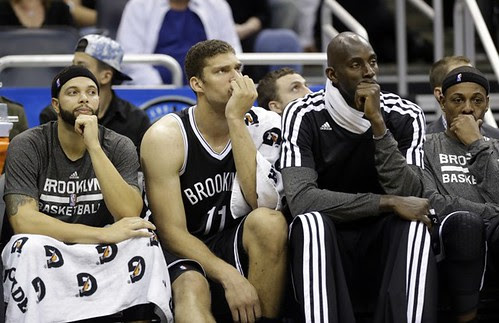 Well, this is awkward.

The Bulls situation is bad, but at least they have some tradable assets. If they Nets don't get it done this year, then what? Brooklyn was supposed to win it all, not compete for the lottery. Huh, what’s that? Oh they traded their pick in the 2014 Draft? So you mean to tell me no matter how bad they are they still won't get to select in the first round of one of the deepest drafts since 2003? These Brooklyn Nets are shaping up to be the biggest basketball let downs since...since...well, since the 2012-2013 Lakers. They're clearly built for the playoffs. Which is nice, but I supposed they'd have to actually, ya know, "be good" in order to get there. I mean, who knew a team of aging veterans could look so...aged. Mikhail Prokhorov is standing behind Jason Kidd for the time being, saying that he has his full support. But at this rate, it won't be long before he goes all Ivan Dragic on him. Thinking about all this has given me the blues. I'm going to pour myself a drink. Maybe I'll pour two and have one on Kidd's behalf. I'm sure he needs it.

Stockton said...
Veteran teams need veteran coaches. Otherwise, just let the players coach themselves.
Rose aims, at best, to be the new Grant Hill. Bulls need to blow up and build a team in which Rose is 3rd string, and this a best-case scenario.
11/26/2013 4:31 AM

Anonymous said...
The east outside of 2 teams is looking absolutely bleak. At this point youd have to wonder just who the fuck would even want to watch eastern conference basketball.
11/26/2013 10:44 AM

Stockton said...
East has ALWAYS been a piece of #$#$#. Not as bad as when the real finals were the west conference finals (then the winning team had the right o make 4 exhibition games against the Nets), but besides 3/4 teams, the East is really, really bad. Last year, Bucks, Celtics and even the Hawks wouldn't even smell the playoffs, if they were at western conf.
11/27/2013 5:45 AM

The Rose thing is heartbreaking. I think he's just one of those guys with a fragile body. It happens, and I've seen it tons in the amateur sports I've played. We've seen it in the pros, too. Some guys get injured al the time because they have a lousy work ethic (I'm thinking of you, Tracy McGrady). Other guys train hard and still break.

I feel vindicated on Kidd and the Nets. Who in their right mind thought all those pieces would come together? Deron's a chubby, coach-killing head case, KG and Pierce are old, old, old, JET was never great, and Kidd is less than a year from his last DUI. If everything worked perfectly these guys could have contended. But if there's one thing the Spurs have taught us, it's never plan on everything working perfectly. Assume there will be bumps.

Word of the Day
Previous Posts
Worst of the Night: November 4, 2013
The All Goon Squad
Even in commercials, LeBron is kind of a dick...?
Worst of the Night: October 30, 2013
Worst of the Opening Night 2013/14 Season
NBA Offseason Headline Grabbers
JR Smith: The NBA's leader in not giving a shit
What I've been up to...
Profiling the Pros: John Wall
Your 2013 Free Agency Primer: Part 1