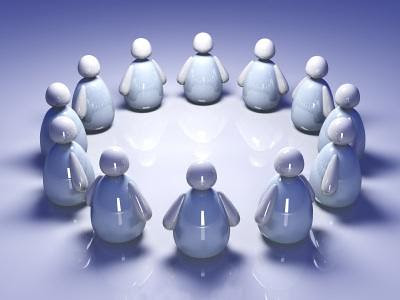 Based on a true story


Chapter 1
Cribbagegate
The grammar school cafeteria where the group is held smells like fish sticks. It also smells a little like Jello. You might not think Jello has a smell, but it does.

The mediator – a stringy little man with a wispy beard and a dark oversized hoodie – doesn’t look like someone I’d expect to be running this group, but I guess that’s the point. Anyone can suffer from it. Of course, I say suffer like it’s some affliction, and I’m still not positive it is. I guess that’s why I’m here.

The mediator looks at his digital Casio.

“Let’s get started,” he says, waving at a circle of metal folding chairs set up near the kitchen. A scattering of men converge in slow motion toward the circle of chairs, eyes locked on their respective iPhones, cell phones, and Blackberrys. The mediator nods at arrivals, each of whom turns off his device in a resentful, overstated manner.

Casio Man clasps his hands in his lap and smiles. One of his front teeth is yellow. Distractingly yellow. His nickname just went from Casio Man to Tooth.

“We have a new visitor,” Tooth says, looking at me. “Doug McAllister.” He then waves his hand at the group like he’s shooing a dog from the dinner table. “I’m not going to ask any of the others to say ‘Hello’, Doug, because they’ll only cross their arms and stare at you, which makes me look like an ass.”

I cross my arms and stare. Tooth seems amused by this.

“I’ll start by telling you a little bit about myself,” Tooth says. “I founded this group three years ago after I outed my brother-in-law to avoid losing a game of cribbage.”

I crane my neck forward for more.

“I openly confronted him about my suspicion that he’s gay for no other reason than that he was about to beat me at cribbage,” Tooth says.

“My concern for his privacy was trumped by my own competitiveness,” Tooth says. “It wasn’t a gambling issue, per se – there was no money on the line. It wasn’t violence or rage – I was never verbally aggressive or hostile. It wasn’t narcissism – I don’t like myself nearly enough for it to be that. It was just an irrational unwillingness to lose. After what is now known as Cribbagegate, I realized I had a problem. I went to therapy. It was expensive and useless. I always ended up trying to ‘beat’ the therapist at their own game of analysis. I felt like if they could successfully deconstruct my behavior, they were winning.”

Tooth glances fondly around the room.

“So I started this group,” he says. “A place where people of like minds can talk about the seemingly irrational things they do without shame or fear of judgment. This is a place where you can safely talk about how you…” Tooth nods at an overweight, balding man sporting a 1970’s-style mustache to my right, “…regularly cheated in competitive Sudoku with your wife.”

Stache leans toward me. “I would switch around her numbers while she was cooking dinner or going to the bathroom,” he says matter-of-factly. “It would buy me time.”

Tooth slides his gaze to the young man at my left wearing an eye patch.

“Or how you resolved a paintball tournament dispute with an underwear-clad duel at 10 paces,” Tooth says.

Patch looks at me, gravity in his pupil.

I nod my appreciation, then stare cautiously at Tooth. I know what’s next.

“But those are all stories we’ve heard before,” Tooth says. “What about you? What’s your story, Doug?”

I scratch my head and scan the faces surrounding me. They look bored. I wonder how many of them are forced by their wives to come here.

Tooth sighs. “Well, Doug, to be honest, if I have to hear once more about how bad a paintball pellet hurts, I’m going to claw my own eyes out,” he says, causing Patch to frown. “Spare us that, will you?”

I do kind of want to talk, and there is a lot to say. Might as well get to it.

Anonymous said...
I usually spend my break reading one news article and a couple of basketball articles. I'm always disappointed when the season is over as my reading material dries up quickly. I love the summer reading series for giving me all the bawful attitude in a totally different context. Thanks guys, you really help my work day move along.
6/15/2011 11:56 AM

Geert said...
Hope it's not a problem to go offtopic for a bit, but while watching the finals I discovered Marion suddenly has a few (or, one) postmoves who are pretty effective at times. I haven't really seen any Mavs games (only highlights) but is this a one-series thing or did he use them the whole season?

Really happy with Dallas winning it all.

chris said...
Cribbage. Never thought I'd see the day that "cribbage" would graduate from being a useless toy set you find at Walgreens, to the heart of a Bawful post. Well done.
6/15/2011 1:16 PM

TeamD said...
One of his front teeth is yellow. Distractingly yellow. His nickname just went from Casio Man to Tooth.

I actually scared people in my room with my laughing explosion.

kazam92 said...
Geert, I have a deep disdain for Shawn Marion because of his disgusting 1 and a half year spent in Miami where he lost all of his offensive ability other than dunks and putbacks. And in Dallas he's suddenly an automatic 2 points with his jumphook. Ugh
6/15/2011 2:39 PM

Didn't know how many people would be familiar with the game, but we're here to expand minds!... My dad and I played it frequently when I was younger. He was more obsessive about it than I was...Him: "Let's play some cribbage [for the tenth time today]!" Me: "Oy. Ok."

zyth said...
@kazam : a year and a week;)
although, it is freakishly surprising that suddenly Marion became reliable in every aspect of the game, gotta admit
6/15/2011 3:15 PM

Koggz said...
Looks promising, I hope you can make good on your deal with Anonymous Malcontent Number 1 on heaping praises by the 50th.

Speaking of which, whatever did happen to Yams?

Yams and I got into it a while back during the Perkins trade...our respective personalities clashed mightily, and he disappeared. Coulda been me, or maybe it was just like the Hangover 2: "The Internet has him now..."
6/15/2011 3:47 PM

Ah that would make sense. That's the last time I remember seeing him around here. Tis a shame, he could have been our (the Lakers') kazam. He seemed like it for awhile anyway, but I remember him getting really heated over that discussion.

On day 50, I'll try to remember to bring up if AMN1 makes another appearance. That would be (I assume) a nice epilogue to this. Also, if you know it's going to end in 50 days, does this mean that will be the end of the summer reading series or do you guys (you, Bawful, maybe Anaconda or chris even) have anything else up your sleeves?

wv: actag
The sound Mark Cuban will make as he's gasping for air while Dirk chokes him if he receives a bracelet instead of a ring.
6/15/2011 3:58 PM

b. Still, can't claim with any kind of certainty the same wouldn't have happened to me if I were in his shoes(And a heavily tattooed black guy.)

c. If the Dallas Mavericks were really the cohesive team the recent hype made them out to be (especially in Europe) he wouldn't have been arrested alone. Friends don't let friends get pissed off their tits without joining in.
6/15/2011 4:36 PM

"A kid goes up to LeBron and says, 'Mr. James, can I have your autograph?'

Evil Ted said...
Here's to a Mavericks championship bracelet everyone! I swear, players will abandon that team if Cuban gives anything but a ring...

Tree - My name is Ted, but the story is part truth and part fiction...one fictional element is the character names to protect the innocent...and the guilty.

The Bruins are looking good so far in Game 7 tonight! First hockey game I'm watching from start to finish this entire year. (my narrative manages to take a nice shot at hockey, no pun intended)...

AK Dave said...
Fucking Bruins. Oh well. VAN just couldn't solve for X against Tim Thomas. Credit to the Bruins for beating the shit out of Vancouver over 7 games and wearing them down.

TransINSANO said...
Since this is the only place I communicate with real Boston fans (I obviously don't count the SoCal kids that bought KG jerseys in the summer of '07), I have to ask what it feels like to win three Super Bowls, two World Series, a 17th NBA championship and now the Stanley Cup in a decade's time? From my perspective, it pretty much relegates the '07 Patriots and '10 Celtics to footnotes in a more significant narrative. I mean, forget failures or even the number of championships per sport, that's barely comprehensible in the context of basically getting the slam this decade, just sacrifices along the way. Curious to see if you feel the same shift in perspective I do from the outside looking in?
6/16/2011 1:24 AM

This is exactly why I hate Stevenson. The guy's a thug, nothing more nothing less. I can't believe they're actually going to start calling him a defensive stopper and 3-point specialist now. This is a guy who didn't even shoot 30% (that's right, 30) during his last two seasons with the Wizards. You can just see him coming in overweight next season, thinking he's now better than 90% of the league. He would've been a great Celtic.
6/16/2011 1:39 AM

Wormboy said...
Definition of fandom and best data ever:
http://i.bnet.com/blogs/epcor_edmonton_water_usage_flush_olympic_gold_game.jpg?tag=mantle_skin;content
6/16/2011 8:30 AM

AnacondaHL said...
Also, I like the hindsight going on with Marion. He's still terrible at converting non-dunks with any consistency, but at this point I could only smile watching him in the Finals, like a proud nostalgic feeling seeing him botch the same 4 ft shots and make the most inexplicable toss ups, just like he did back in Phoenix.
6/16/2011 8:59 AM