When you're over 20 feet tall, there are certain things that should never, ever, ever happen to you. These things include, but are not limited to, the following:

1. Require help getting merchandise off the top shelf at Wal-Mart.

2. Be made to stand in the front row of a group picture.

3. Get seated in the back seat of any car.


4. Fail in your attempt to eat a large Asian metropolitan area.

5. Have your dunk stuffed by a man shorter than six feet tall.

Well, numero cinco happened last night when the 5'9" Nate Robinson successfully executed a smother chicken on the grotesquely tall Yao Ming. That's what we in the business (with "the business" meaning "writing for this site") refer to as an ego-ectomy. Here's the video, courtesy of Gorilla Mask:

There are certain things in life I will always dream of. Fame. Fortune. A warehouse full of cloned duplicates of Lynda Carter. And the ability, just once, to jump up and touch the sky. Unfortunately, I'm an earth-bound white guy, so none of those things are liable to happen any time soon. But somewhere out there is another leapless white boy who decided to turn the tables on fate by jumping off the back of his friend to pull off a successful dunk...proving once again that if you can't jump harder, jump smarter.

We live in an age of non-stop marketing and rampant commercialism, to the point where Kobe Bryant could appear in a commercial for Vagisil and nobody would even blink. We expect our best athletes to sell out for the low price of millions of dollars. It's been that way since we first watched Michael Jordan show up to the NBA All-Star game decked out in Nike apparel (instead of the league-mandated All-Star uniform and warm-up suit), after which he could be seen hawking Ballpark Franks, which eventually led to him draping the American flag over the Reebok symbol on his uniform during the gold medal ceremony in the 1992 Olympics. These events, in turn, caused a ripple effect that plagues the world to this day. Why do you think Shaq's filmography is longer than Mark Hamill's?

It's easy to lay the blame on Jordan and the selfish "me-first" superstars that came after him. We have this notion that the pre-Jordan era was filled with humble, courtly professionals who would never lower themselves to the indignities associated with product promotion. Take Dr. J, for instance. He's generally regarded as an NBA dignitary and a true class act (despite the fact that he once sucker punched Larry Bird three times in the face while Bird was being held from behind by the good Doctor's teammates). But maybe, just maybe, Dr. J would have been just as much of a media hound as Jordan if he'd had half a chance. Why do I say that? Well, because Erving once appeared in a Chapstick commercial.

But he didn't just appear. He renamed himself "Dr. Chapstick" (at least for the commercial), and even gave a detailed list of Chapstick ingredients to a group of screaming children who only wanted a small part of a man who could touch the sky. As one young girl tugged on his sleeve, a single tear in her eye, he demanded, "That's Dr. Chapstick to you!" Okay, it wasn't that dramatic. But still. 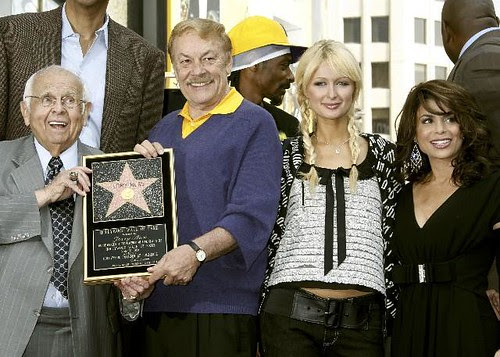