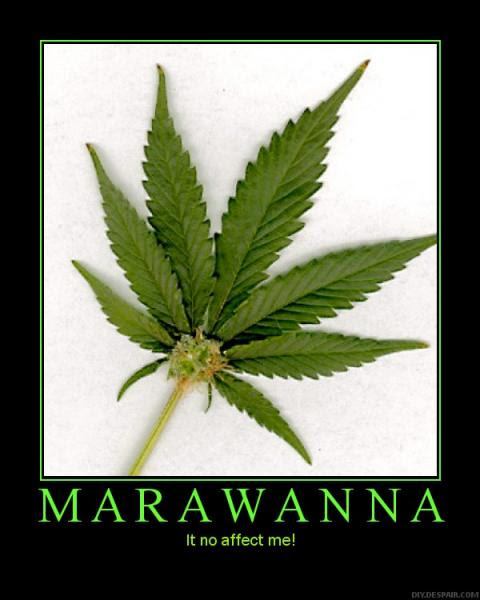 Jim in KFalls alerted me to this glorious traveshamockery: Cheech Mario Chalmers (of the Miami Heat) and Chong Darrell Arthur (of the Memphis Grizzlies) were drop-kicked out of the NBA's Rookie Transition Program this morning. Why, you ask? I'll get to that in a second.

First, since it's entirely possible you've never heard of it, let me describe the NBA Rookie Transition Program: It's a mandatory four-day seminar that provides rookies with the skills and information necessary for a successful transition to the NBA. The program is designed to teach players techniques to cope with unique stresses inherent in their lives (such as which multi-million dollar home to buy and the optimum number of posse members) and how to utilize the various resources available to them throughout their careers (such as their first, second and third max contracts, their various endorsements, and the agents who will happily take 10 to 20 percent of those contracts/endorsements). Leading professionals facilitate the program using presentations (with charts!), role-playing (Dungeons and Dragons!), skits (Three's Company!) and interactive workshops, as well as group breakout sessions.

That's not all! At the end of each day, players participate in an interactive activity designed to highlight the day's lessons (think quizzes, only where you aren't graded and the answers are just given to you). The diverse offering of sessions include everything from computer training (how to send e-mail!), legal education (how to hide the hooker's body!), health practices (how to put on a condom!), and instruction on personal development and education (how to drive drunk without getting caught!).

Okay. Now that you know what the NBA Rookie Transition Program is, here's why Mario and Darrell got the boot: NBA security caught them in their room -- which was at the beautiful and luxurious Doral Arrowwood Resort in Rye Brook, New York, by the way -- with wacky weed and, naturally, women to smoke it with. (Note: Having visitors, even those who are paid by the hour, is not permitted at the Rookie Transition Program.)

Wow, wow and wow. As Jim put it: "Of things to do on your first day on the job, I don't think smuggling dope into the orientation meeting makes the top 10 list." Unnamed sources claim that the dumbtastic duo were fined $20,000 each and might face suspensions as well. Oh, and the best part is that they will be required to attend the program again next year. (Random sidenote: For some reason this reminds me of when I was working for a furniture moving company during college. One of my co-workers was under house arrest -- meaning he only got to leave home to go to work -- for beating his wife. That's right. The genius judge presiding over his case decided the best punishment for spousal abuse was to force the abuser to spend every second of his free time with the abusee. Which is only slightly dumber than the punishment I would have enforced if I'd been the judge: Vat of poisonous hotdogs.)

So to summarize: Harold and Kumar The rooks got excused from four days of mind-numbing workshops, most of which they would have slept through anyway, and now they're free to toke up and chill with the ladies until training camp starts? Now that, my friends, is how you transition into the NBA. Josh Howard would be proud.

Just wait a few years THEN smoke reefer. First you have to make the team, make the starting lineup, make a max contract,and play for about 10 years. After that you can smoke, smoke, smoke your silly asses into the clouds and get a career in television making ridiculous commentary about things you can't even remember anymore (just look at Bill Walton!).

Anonymous said...
I can see the fines, but why did the league send them home? Isn't the point of the rookie transition supposed to be to teach these guys how to stay out of trouble? Seems like a bad strategy to kick the troublemakers out.
9/03/2008 11:13 PM

Anonymous said...
I think the best part is that the league requires that they attend next year's rookie transition program as a result of being kicked out of this one. They get to be the big kids in the little kids class, and everyone will know why.
9/04/2008 7:38 AM

Basketbawful said...
nick -- Four days is a long time to wait. I can't totally blame them. Sitting through meetings at work make me want to get high and laid, too.

ak dave -- And see, this experience is going to teach them all that. The NBA Rookie Transition Program really works!

timc -- Seriously. That's like kicking a murderer out of prison for raping his bunkmate. Or...something.

m.alana -- Now, in all fairness, have you ever been to Kansas? The largest sisal twine ball built by a community is there!!

anonymous -- I'm about 100 percent positive you're right about that.

Anonymous said...
I think they should be suspended for a season.

Ok, you got the job of your dreams PLUS you will make in a year more money than your family in three generations. So you go out there and do some illegal stuff. And get caught!

I dont care if its cool, if they are from ghetto and I think every rapper should be killed. You just dont screw up when you have these kinda oportunities. You gotta be professional. Period.