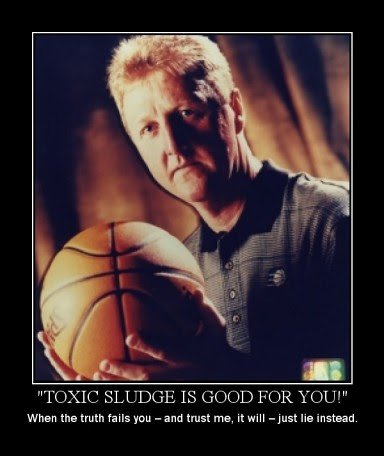 I know what you're thinking, but the answer is no; the Pacers didn't manage to trade Jermaine O'Neal. The Nets didn't want him. And this isn't about how they signed Kareem Rush either, which was less of an upward move and more like a desperate and pathetic cry for help.

Their big move was an entirely different kind of desperate act. It turns out that the Pacers have hired two public relations and advertising firms. Why? Because the team sucks and their fans -- which now number somewhere in the high ones -- all hate them.

I guess that since Larry Bird can't halt his team's tragic downward spiral, he wants to add a little salt to the steaming bowl of crap soup he's serving the fans. Hey, that's American Spirit in action. I mean, you don't need to spend money or make changes if you can just convince your fanbase that a losing culture can be fun. That philosophy has worked for the Chicago Cubs for decades. Why not the Pacers?

I can't see it working, though. It's going to take more than a little extra PR to make the fans forget the brawls, suspensions, injuries, bad trades, strip club shootings, bar fights, and mascot assaults that have plagued the franchise for the past few years. But that doesn't mean there's no hope. Which is why I bring you...

Step 1: Create an identical clone or robot duplicate of Reggie Miller, then send him to destroy Kobe Bryant in a "Godzilla versus Mothra"-style battle. If Robo-Reggie wins, then everyone will love the Pacers again. If he doesn't, we're all screwed anyway.

Step 2: Give everyone in Indianapolis free tickets to one of Rik Smits' motocross races. Watching a 7'4" giant who couldn't rebound try to ride those little mopeds will make people laugh and bring joy to small children.

Step 3: Create a Pacers Greatest Games DVD set so the fans can relive happier times, like when the Pacers would lose in the NBA Finals or Eastern Conference Finals instead of not making the playoffs or getting knocked out in the first round. Wait. They did that already. And it was just a handful of Pacers/Knicks games with no special features. A true "must not" buy.

Step 4: Use the time machine we invented to save the NBA Finals to go back to 2002 and convince the Pacers not to trade for Ron Artest. If that fails, then assassinate Artest while he's on the toilet or something. Have you ever noticed that nobody ever thinks of that when they travel through time to change the past? I mean, couldn't the Terminator have killed Sarah Connor while she was in grade school? Or Bill and Ted could have used their time-travelling phone booth to gather stock tips from the future...you don't have to do history reports when you're rich. I'm just sayin'.


Step 5: Send out the Pacemates to provide "pleasurable company" to every male Pacers fan in the midwest, particularly if said fan lives in Chicago and is named "Basketbawful." I have to warn you that this one is pretty unlikely, but you can still request a Pacemates appearance at your home, school, or bar mitzvah. Wait a minute. On second thought, scratch this plan altogether. The Pacemates might be the ugliest dancers in the NBA. Seriously. 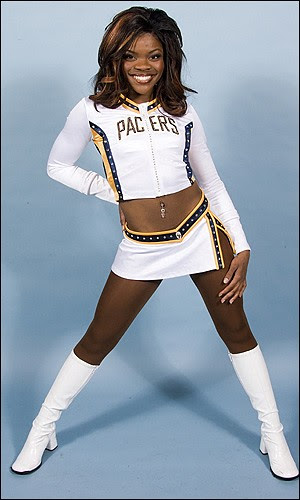 Is that Gary Coleman in a wig? 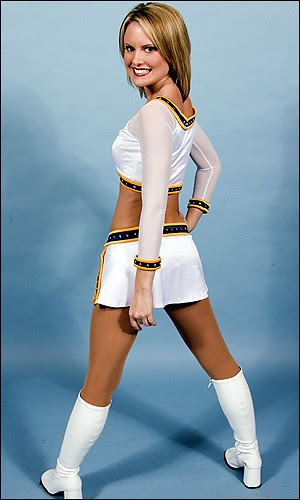 I think that's Stage 2 of a zombie infection...

Statbuster said...
"The Pacemates might be the ugliest dancers in the NBA. Seriously."

Wow. Then where would that put the Wizards "Dance Team"?