7-11 defense (sev'-uhn uh-lev'-uhn de'-fens) noun. A lazy defensive tactic in which the defender simply stands still, raises his hands straight up in the air, and allows the offensive player to shoot over or run into him.

Word History: The term was coined by Kevin McHale during the 1986-87 season, as chronicled in Home of the Brave: A review of the Celtics' 1986-87 Season (available as part of the Boston Celtics Dynasty Series DVD set). This particular defensive move is typically used for one of the following reasons: either to avoid fouling (or getting called for a foul), or to (hopefully) draw an offensive foul. Sometimes this move is used to disguise a well-aimed body bump, and sometimes a defensive player will adopt the 7-11 stance immediately after fouling someone, as if to say, "Look at me! I'm just standing here! I could't have possibly fouled him!" (It is important to note that no NBA player has actually committed a foul since 1974; referees obviously call fouls either out of spite or to justify their bloated salaries.) 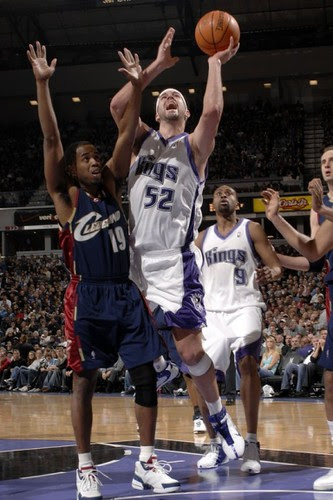 Labels: defense, Word of the Day